WHERE SINGING IS OUR PASSION 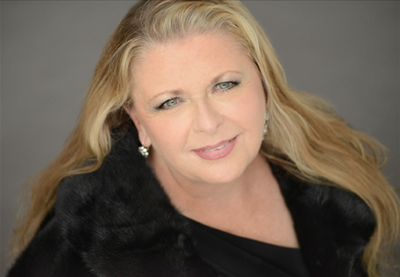 PAMELA KUHN has dedicated her life to the art of singing. She earned her Bachelor of Music from the University of Oregon and went on to study with legendary accompanist/coach Gwendolyn Koldofsky at the University of Southern California gaining a Master of Music in Vocal Performance. She then moved to London to further her vocal studies with Vera Rozsa, teacher to Dame Kiri Te Kanawa. Her London recital debut was in 1985 with Graham Johnson at the Wigmore Hall. In competition she was a ﬁnalist in the Shell Oil/Scottish Opera Prize, Paris Competition and the Belvedere Competition for Opera Singers in Vienna.

Ms. Kuhn has developed a distinguished career as an opera singer but is equally at home in the world of song and recital performances.  She has performed numerous operatic roles in her career including Tosca, High Priestess, Aida, Sieglinde, Adalgisa, Ines (world premiere of INES DE CASTRO by James McMillan) and Leonora (FIDELIO) with Scottish Opera; Rezia in the Edinburgh Festival production of OBERON conducted by Seiji Ozawa touring to Tanglewood, Edinburgh and Frankfurt and at La Fenice Teatro in Venice conducted by Peter Maag. Other operatic roles in English Festivals include Pamina, Donna Elvira, Ariadne, Fiordiligi and Gretel. Her American operatic debut was as Aida for Florentine Opera in Milwaukee with Louis Salemno conducting. She has performed the VERDI REQUIEM conducted by Helmuth Rilling and the Penderecki POLISH REQUIEM conducted by Penderecki at the Oregon Bach Festival, broadcast on PBS. Her close relationship and work with legendary accompanist Geoffrey Parsons afforded her the invitation to sing at his London Memorial alongside distinguished artists Dame Janet Baker and Victoria de Los Angeles.

She has studied with distinguished artists such as Sir Peter Pears, Elly Ameling, Dalton Baldwin, Gerard Souzay, Hugues Cuenod, Erich Vietheer, Geoffrey Parsons, Josephine Veasey, Ruth Falcon and Anthony Manoli. She has performed throughout England and Europe as soloist in orchestral and oratorio performances with Sir Richard Armstrong, Seiji Ozawa, Peter Maag and Mark Wigglesworth performing with such orchestras as the London Philharmonic, the Royal Philharmonic, the Bournemouth Symphony, the City of Birmingham Symphony Orchestra and the Junge Deutsche Orchestra. Her recordings include the Princess Diana Memorial concert with the London Philharmonic London, operatic excerpts with the Royal Opera House Orchestra at Covent Garden, OBERON with Maestro Seiji Ozawa at the Edinburgh Festival,  the sacred compilation, “Reverence” with David Holkeboer and the Beethoven MISSA SOLEMNIS with Radio Studio Lugano, Switzerland.

As a teacher Miss Kuhn has maintained prominent vocal studios in New York City and Greenwich, CT and is recognized as a personal mentor, generously championing the growth and successes of her young singers.  As a former student of Madame Gwendolyn Koldofsky she furthers the tradition of ﬁne recital repertoire coaching.   She produces “The Art of Song” series giving young singers an opportunity to showcase their talents.

Her musical/theatrical productions of “The Mirrors Project” and “Willa Cather and The Song of the Lark”  have been successfully received at the Greenwich Arts Center and the Greenwich Historical Society.  For six years she was the conductor of the Westfair Singers and has served as Principal Guest Conductor of The Stamford Chorale.  She is recognized for her extraordinary gift in programming and developing audience awareness and education.  Her gift as a raconteur helps to build a bridge between audience and performers in her choral performances.

But her deepest passion is with The Angel Choir, the charity choir that she formed to provide a platform to cancer patients, survivors, their families and friends and to anyone who would like to revivify their own spirits through the rehabilitative qualities of singing.  The Angel Choir was formed in 2010 and stands as a testament to her faith that everyone should enthusiastically explore their creative talents.

The Mastersingers is the chorus that Pamela Kuhn has established for skilled singers offering extraordinary programming.

“The voice is perfect!” Maestro Seiji Ozawa
“This is a singer of extraordinary talent” Geoffrey Parsons
“We shall hear more of this beguiling singer for she carries conviction as an artist. Her voice soars with melodious rapture.” Classical Music (London)